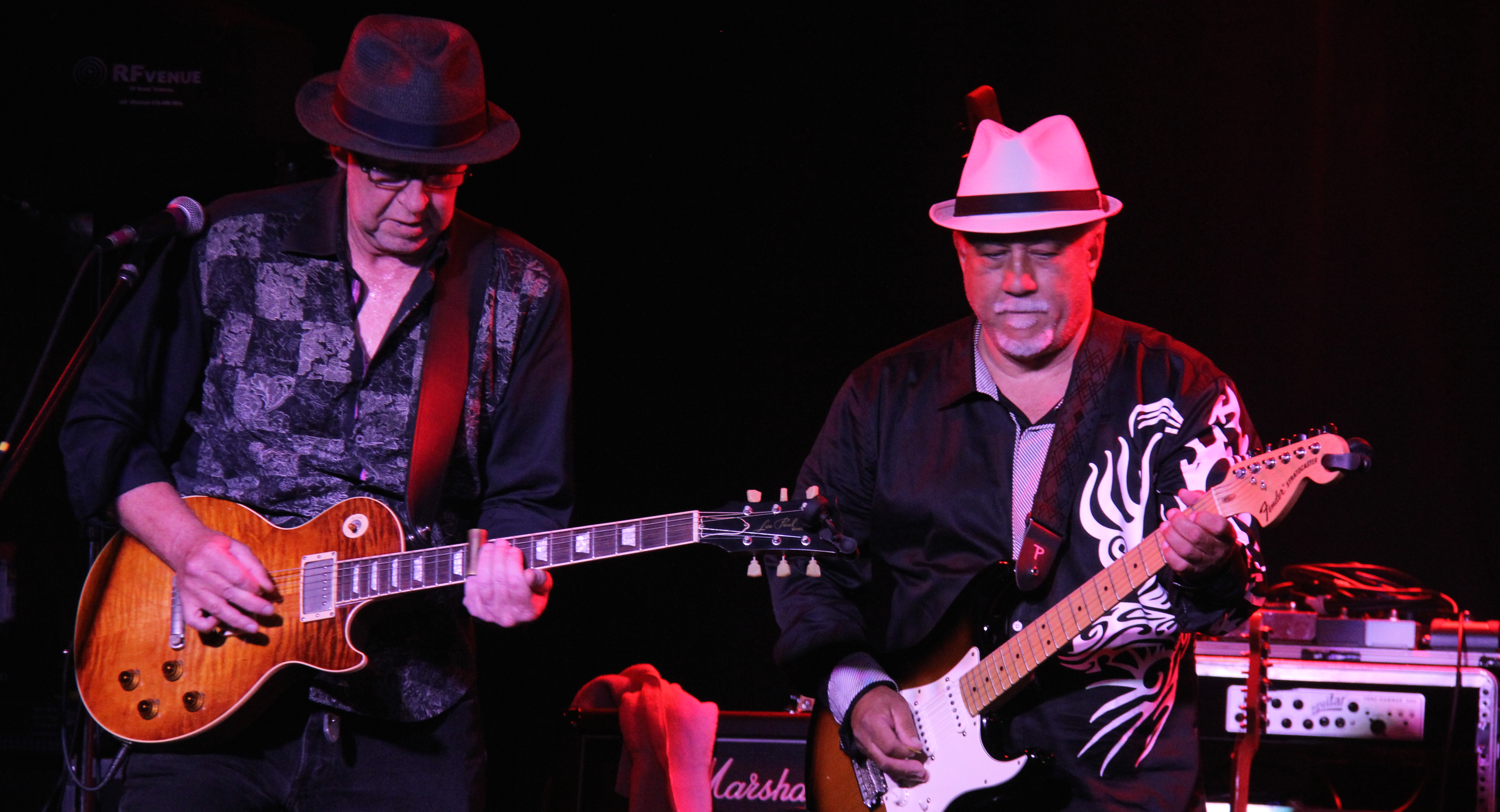 Dale Hight has been around music since he was born , his Mother sang and played the Piano , Organ and Uke , his brothers and sister also played instruments as well . At the young age of 11 Dale took formal guitar lessons and started to play in his first band the “Eddie Myers” band which was the beginning of his journey . After finding new interest like Racing , Surfing and the 70’s , playing guitar was just an old dream . In 1998 After a long absence from playing music he started playing and writing original songs for his family and friends to listen to , a friend Jim Gerraci said you should start a band this music should be shared with everyone . So in 2012 he collaborated with Mitch Castle to record a 5 song EP Dale Hight 2X2 which was released by Rampart Records and The Orchard (Sony Downloads) in 2013 . By 2014 he decided to put together a Rockin Blues Band , after playing with lots of great musicians he has found the perfect mix to start recording and performing again . In February 2020, The Akademia Music Awards presented Dale Hight with The Best Song Award for Folk/Singer – Songwriter category for the song 2×2. Play to Live, Live to Play.

I’ve always loved music & how it can effect someone’s behavior and make you feel something! So, as a teenager, I took 6 years of piano which gave me some basis on how to “play or create music and express my feelings.” After joining a garage rock ‘n roll band, I learned to play guitar. Several years later, I began playing guitar and bass guitar in a worship bands and have played hundreds of gigs.
Then, I had the opportunity to audition with the Dale Hight Band as a bassist and really liked the songs and the group. They played original rock and blues and the music allowed each musician a chance to help create
our sound that we have today. Since then, I’ve enjoyed the soulful and collaboration of our sound and feel we have the ingredients to make you want to move. For me…..”it’s all about the bass.”

You’ve got to be on the fringe to get the fringe benefits. Raised in a remote Lithuanian farming village, Benny did not hear live music until the age of 26, when a co-worker in a leather goods shop showed him how to play the spoons and the hammered dulcimer. Benny instantly fell in love with the latter, which he played with the Hard Time Boys bluegrass band on their short-lived 1988 tour of Appalachia. He then took up piano and organ in 1993 and toured West Virginia for years with the now-defunct süd-rock revival group Kentucky Vengeance. Benny is delighted to play with the Dale Hight Band. “They are, without a doubt, the most responsive and the most punctual blues ensemble I have ever played with.”

Ricky picked up his first guitar at age 5 living in Kansas. His sharecropper parents couldn’t afford a reasonable instrument so they made a two string out of a fence post and a clothes line. After a short time he was playing with his grandfather, Robby Rue in his pickup truck touring the midwestern fair circuit. One day they loaded up and moved to California when his dad, Reese Rue got a job at the racetrack. That’s where he honed his skills at gambling, billiards and slide guitar. He’s been playing guitar in local SoCal bands for a long time, both cover and original music. He’s done some studio work for various artists, has recorded some of his own original material and has a life outside of music. ” I joined Dale because the music was so original and it gave me the opportunity to add some flavor and taste to some really good stuff. It all sounds great and we’re having a lot of fun.”

When Anthony von Koontz took up the drums, he found it to be a natural transition from his previous career as an international bounty hunter. “Both require me to be in peak physical condition,” he explains. Von Koontz launched his musical career in London, where he honed his skills as lead percussionist for the renowned Scottish square dance caller Ross MacLochness. He later toured extensively in Eastern Europe with SongHöle, the most commercially successful folk/punk trio in Romanian history. Von Koontz’s unique blend of rhythm, texture, and anger will certainly lift the Dale Hight Band to a new level.